The 15h century was dominated by war, plague, and internal strife. The War  of Roses (1450-1485) was a dispute between the royal houses of york and Lancaster. Control went back and forth until Henry Tudor took the throne. Henry restored the English government. The war brought an end to feudalism, and a wealthy merchant class arose. Wealthy merchants replaced their feudal castles with large, gracious manors that were set in great parks. Henry VIII’s inability to have a son tarnished his reign. The split of the Catholic church was due to his divorce from his wife Catherine. He then founded the Church of England. He put an end to Catholic monasteries, nunneries, and friaries. He sold the land to gentry and nobles in the 1530s. This facilitated the building of more country houses. He imported craftsmen that were Flemish, French, and Italian to work on royal palaces. In 1558, Elizabeth I, Henry’s daughter took the throne. During this time, Sir Walter raleigh defeated the Spanish Armada. England then became a world power and began extensive colonizing. Elizabeth had a stable government which promoted commerce and trade. There was a golden age in literature and drama  with works from Shakespeare, Marlowe, and Spenser. It was also an age of luxury in the court and among nobles. Elizabeth had no heirs. Her cousin James IV of Scotland became James I of England. This united England and Scotland. James wanted to start an absolute monarchy. England’s strong middle class and independent Parliament opposed him. Religious conflicts developed, as a result, between the Protestants and James who was Catholic. the Puritans were also upset with the Church of England. The first four decades of the 17th century were very prosperous, despite political and religious differences. Charles I, James’ son, admired the Renaissance. He collected antique art. He married louis XIII’s sister, which created strong ties with France. Charles was unsuccessful at continuing James’ policies, and a civil was started in 1642. The Puritans captured Charles and executed him in January of 1649. Charles II then fled to France. Cromwell abolished the monarchy and the House of the Lords. He declared England a commonwealth. Many people did not like Cromwell or the government, because the executed Charles. The commonwealth collapsed in 1658 after Cromwell’s death. Charles II returned in 1660 and reestablished the monarchy.

The Tudor period (1495-1558) had Late Gothic and few Renaissance characteristics mixed together. Some symmetry and order was evident. Elizabethan (1558-1603) design was characterized by symmetry, regularity, and combinations of classical and Mannerist elements. Decoration was lavish. Design was dominated by foreign influence. The Jacobean period (1603-1642) was named after King James. It followed Elizabethan patterns. 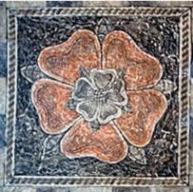 The English Renaissance was characterized by a gradual increase in order, proportion, and regularity. English buildings more resembled French architecture than Italian. They had large windows, tall chimneys, and steeply pitched roofs. The most common building types were manor houses, mansions, and townhouses. Houses were less formal and center around courtyards. Facades were irregular. Entrances are formed by towered gatehouses. roofs had irregular silhouettes that were composed of parapets, lanterns, towers, pinnacles, and chimneys. Elizabethan architecture was larger than architecture from the Tudor period. In the Jacobean period, architecture was more stylistic than Elizabethan architecture. 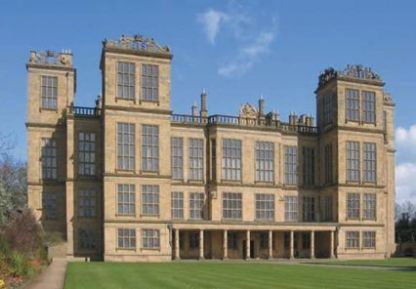 Beginning in the Elizabethan period, houses were set in parks and were surrounded by gardens, lawns, and terraces. The entrance was marked by a forecourt with lodges and gatehouse. There was a formal garden on one side of the house and an orchard and kitchen garden on the other side. Tudor and Elizabethan plans are organized based on comfort and function rather than defense. Asymmetry was very common. During the Elizabethan and Jacobean periods, courtyards were H-shaped, U-shaped, E-shaped, or rectangular. Room size depends on the hierarchy of its use. The most richly decorated room was the great chamber. Staircases became greater during the Elizabethan period. Windows were arranged symmetrically. Door surrounds could be either rectangular or arched. Roofs were flat, gabled, parapet, or hipped. Some roof towers were used as banqueting rooms. 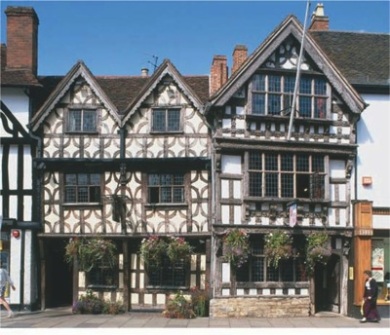 Common rooms were the great hall, long gallery, great chamber, chapel, lodgings, summer and winter parlors, and bed chambers. Tudor interiors had a somber and medieval feel. Elizabethan interiors had more vibrant color and decoration. Jacobean interiors continued Elizabethan traditions. Interiors had highly saturated colors on both finishes and textiles. Walls were usually white with hangings, but were sometimes green or blue. Paneling was usually painted a wood or stone color. Ceilings were either blue or white. 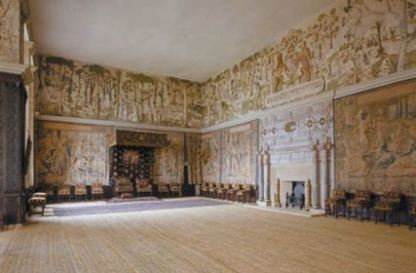 Floors were usually stone, marble, brick, or wood. Tile and hard plaster was sometimes used. Oak was the most common wood used flooring. Woven matting was usually used on floors in the summer. Oak was usually used for wall paneling. Plaster walls were treated with either paint, hangings, or wallpaper. The chimney piece was a focal point. Windows were casement, rectangle, bay, or oriel. Glass was expensive. Some was stained or painted. During the winter, great houses used curtains for protection from the cold. 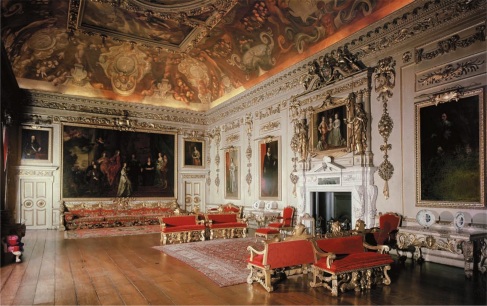 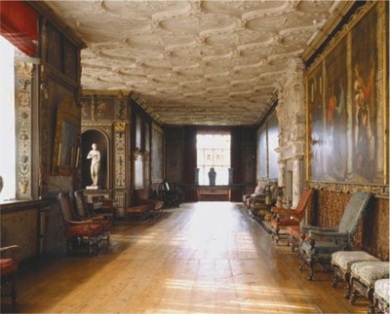 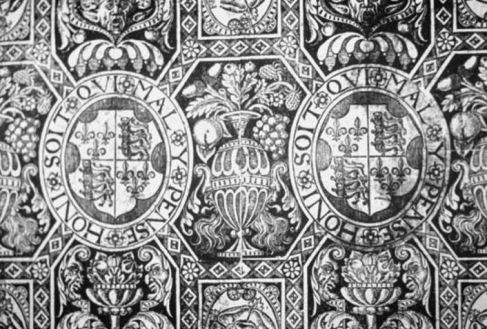 Artificial lighting was minimal. Chandeliers, lanterns, wall sconces, and candlesticks were used for lighting. They were made of wood, brass, iron, and silver. 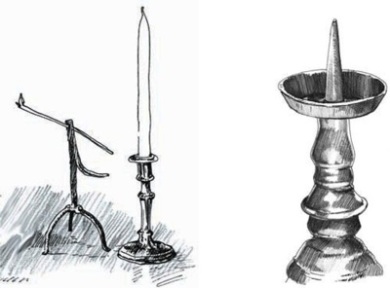 Tudor furniture was similar to Medieval furniture. Renaissance mixed with Gothic elements. Elizabethan furniture was very large and heavy. It had strong flemish influence. Jacobean furniture continued Elizabethan traditions, but it was simpler. Characteristics were split baluster, applied pendants, lozenges, arabesques, and strap-work. Rooms had few furnishings. Most furniture was made of oak, and some Jacobean pieces were made of walnut. Seating used was chairs, settees, daybeds, stools, benches, and settles. There were three main types of chairs: turned, x-form folding chairs, and wainscot chairs. Chests, cupboards, and chests of drawers were used for storage. Chests of drawers were very large. The most common beds were wooden boxes covered and draped with fabric. Some were massive and had heavy turned posts and a tester with architectural moldings. The headboard is heavily carved. The bed was the most expensive piece of furniture in the home. Bed hangings were used to provide warmth and demonstrate class and wealth.

Tableware was made of wood, silver, glass, or horn. Saltcellars, sconces, ewers and basins, flagons, spoons, drinking vessels, plates, spice boxes, and snuffers were made of silver. Many of them were large and decorated elaborately with jewels. Portraits, paintings, and armor were also used for decoration. 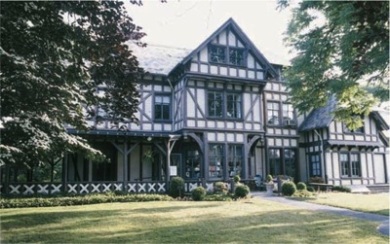